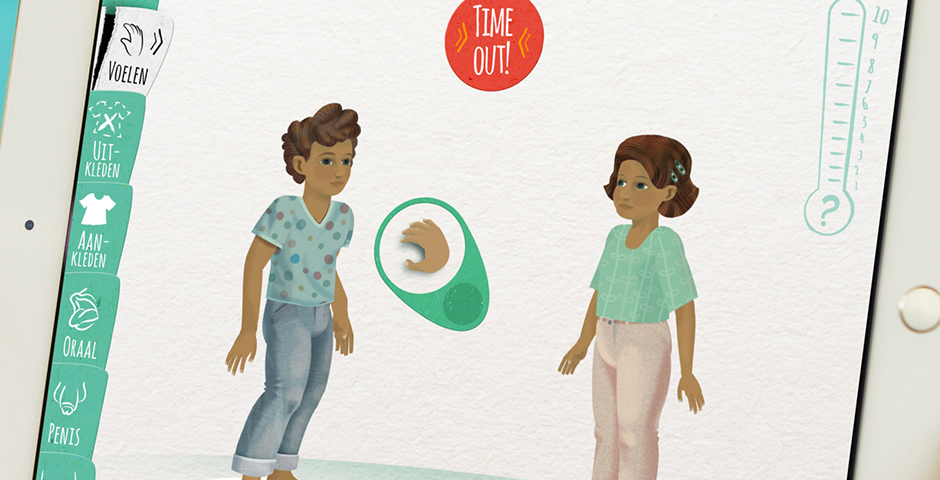 Vil Du?! YipYip Experimental & Innovation
See all the Lovie for Good campaigns
Back To The Winners' Gallery
Share This
Talking about this kind of abuse is difficult and traumatizing in itself, especially for young children. As a result, it takes several therapy sessions to reach a mutual understanding between child and therapist. Vil Du?! functions as a bridge between child and therapist, enabling the child to talk without using words.
Describe your Lovie Finalist project. What’s the elevator pitch?

"Vil Du?! is a therapeutic tool for victims of sexual abuse. Talking about this kind of abuse is difficult and traumatizing in itself, especially for young children. As a result, it takes several therapy sessions to reach a mutual understanding between child and therapist.

Vil Du?! functions as a bridge between child and therapist, enabling the child to talk without using words."

"A friend of ours was 11 years old when he was on holiday. Curious about his body and that of others, he followed an older man into the forest. What started as an exciting experiment, escalated quickly. In minutes he lost control and his boundaries were transgressed in ways he wasn’t able to understand. This was no longer fun, it was invasive and abusive. He struggled to get away. In blind panic he started running back to his family. Fear transformed into guilt with every step as his parents did caution him not to trust strangers. He ended up saying nothing, and chose to deal with this secret on his own. This inspired us to help similar victims to talk about their experiences."

"We try to make it easier for children to talk about sexuality with their therapist. It's hard enough to discuss these topics with someone you completely know and trust, let alone a therapist that you barely met.

We wanted to create a safe environment where there is room to experiment with intimacy and sexuality while empowering the child to control their own boundaries."

"While opening up to one another, we found that 1) setting boundaries is hard and 2) talking about these experiences was even harder.

We were often looking for words to describe the feelings, and the activities from which these feelings emerged. Finding the right words for body parts that fitted the tone of the discussion was hard. We were troubled by using terminology such as penis, dick or phallus to describe particular body parts? More difficult to explain were the sexual activities we performed. It was hard to be explicit and still describe the ambiguity of our feelings during the intimate situations."

"Technology connects us in numerous ways. Children in their early life are already very familiar with technology and are using it just like their parents are, especially tablets. That's why we use two tablets (iOS or Android) that we connect to each other with a socket connection.

The tablets facilitate the ""space"" and give children the tools they need for exploration. Using tablets has one more rather coincidental advantage, children can hide behind them. That way the feeling of being observed lowers and they can avoid eye-contact with the therapist."

"Vil Du?! presented us with various insights in the development of therapeutic games. One of the most important lessons was to cut problems into small pieces. That way we could search for something to relate to, instead of problematizing the disorder as something difficult and exuberant.

We learned to:
- Subtilize the problem: Identify with a small aspect you can relate to
- Create a non-normative play space
- Design for ambiguity: To stimulate conversation

One of the most rewarding moments came after the release. When therapists told us they were able to trim down the amount of sessions (~2-3 sessions of an hour) down to just one, to get a grasp of the context, situation and experience."

"While talking to each other about the experiences of our friend. We realized that the most important aspects are to handle the subject of abuse with care and (more importantly) without any preconceptions.

Vil Du?! therefore has become in its essence a non-normative game. Everything is possible, without us making preconceptions about what is right or wrong."

About the Experimental & Innovation category